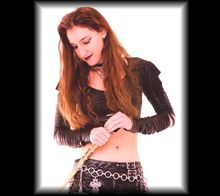 Hillary Blaze comes at you hard and heavy with both feet kickin! Raised on Rock n Roll, she brings the fire! Devoted to her music, Hillary left her small hometown for the big city of Boston to study with world renowned drum instructor Gary Chaffee (Vinnie Colaiuta, Steve Smith, Joey Kramer) to achieve pro status on the kit. Her versatile history includes performing for 60,000+ at halftime for the NFL Indianapolis Colts at age 17 with her high school band, touring Europe, Hong Kong, and playing festivals throughout the U.S. She is also a co-founder of the original, all-female, heavy rock band Jaded that has toured and shared stages with Alice Cooper, Alice In Chains, Brett Michaels Rock of Love Tours, Buckcherry, Lacuna Coil, Lit, Papa Roach, Sevendust, Skid Row, Twisted Sister, and WASP among others. The Blaze loves it Live!!! Hillary has endorsement deals with Sabian Cymbals (the only cymbal that can withstand the Blaze!!), Vic Firth Drumsticks and Remo drumheads. 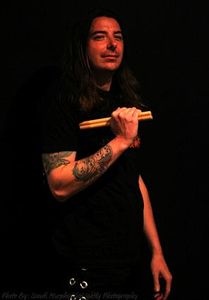 J has been playing drums for over 25 years. Having studied under some of the leading drummers in the industry, he developed his hard hitting and aggressive style and fine-tuned that into a lethal metal machine. Due to his passion for the genre, he has been given the nickname “Metal J” by his peers. Having logged in many hours in both the studio and on the road, Jay has proven himself time and again to be the one who “makes it happen” when things need to get done. Laying down the groove with precision and power, his playing has demonstrated his passion for drumming and hard rock & heavy metal music. 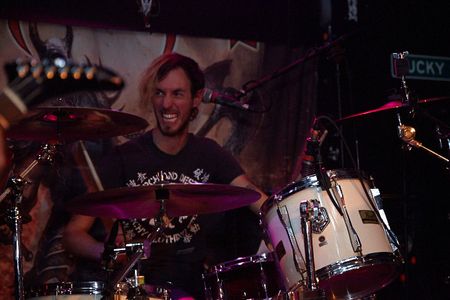